Featured Alumni of May 2014 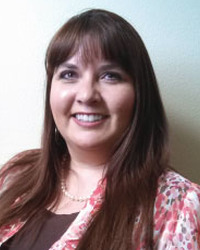 Amy Larson Booth (’94) certainly has the red sand of Dixie in her shoes.

She was born and raised in St. George, graduated from Pine View High School and Dixie State College. Since her mother worked for Dixie while she was growing up, she attended many of the plays, performances and sporting events long before she became a student at Dixie.

At age 8, her husband, Corbin Booth (’97 Associates and BA ’03) asked her father if he could take her to the movies. Amy’s father told him to call back in 8 years. They dated after Corbin filled an LDS Mission to Iowa. Amy attended Utah State University and graduated from SUU in 1997. She then went on to earn her Master’s Degree in Accounting also from SUU in 1998.

Amy worked in Salt Lake in her field while Courtney attended the University of Utah. When Craig and Maureen Booth were called as Mission Presidents, Amy and Corbin moved back to St. George to live in their house while they were gone.

Amy always knew she wanted to major in accounting. A new position at the Washington County School District allowed her to fulfill her goal in her home town. She feels lucky to be able to work with such great people in the district and in the schools. They put an emphasis on education and their top priority is the children in the district and helping them obtain the best education possible.

“How could I not be a Dixie fan?, Amy asks, with Craig Booth as a father-in-law and Amy’s mother working at Dixie, I have experienced first hand the enthusiasm and excitement that exists on the campus. “We use to go to the games in the old gym and you couldn’t hear the fans were yelling so loud.”

“The Dixie faculty is excellent,” Amy says. “They helped me gain the skills necessary to obtain my educational goals and move on to a four year university. They are so attentive at Dixie and each person is important to them.”

Amy is the mother of four adorable children.