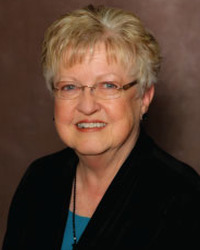 Dixie Barnum Larkin, Class of ’62 fondly remembers her years at Dixie College. During her freshman year, she was a member of the “Southern Belles” (later known as the Rebelettes), and then danced as a songleader on the cheer/dance team during her sophomore year. Amazingly, that year three of the 12 girls on the cheer/dance team were named “Dixie.” She served as dorm president at the old Dixiana dormitory, where there was only one telephone to serve the entire building of girls. Back then, the school was so small and intimate that the teachers were able to take a uniquely personal interest in each student. Dixie recalls that during her freshman year, she became so ill that she spent a week in the hospital. Her English teacher Pansy Hardy came to the hospital every day to assist her with her homework to make sure she didn’t get behind.